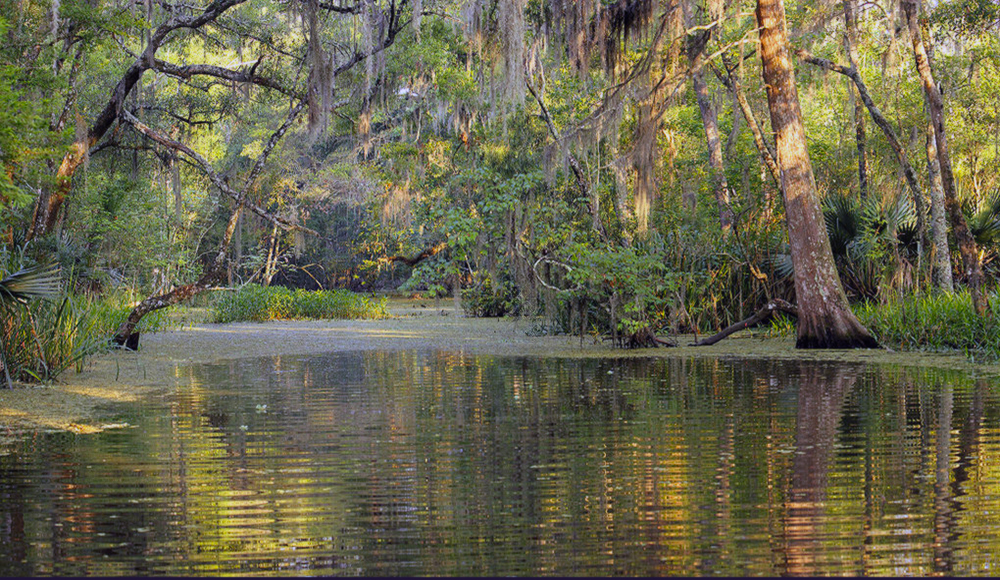 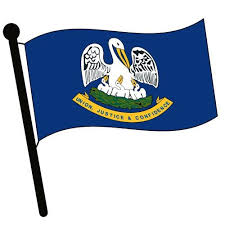 consists of a heraldic charge called a "pelican in her piety," representing a mother pelican wounding her breast to feed her young from the blood. The mother pelican's head and outspread wings covering the three pelican chicks nestled below her form a stylized fleur-de-lis, another emblem of similar significance often depicted in Louisiana. This symbol, emblematic of Christian charity (and of Catholicism), is also found on the state seal. On the flag it is depicted above a ribbon with the state motto: "Union, Justice, and Confidence." The current flag was adopted in November 2010, a revision of the original pelican design of 1912.

During the 19th century it was traditional in Louisiana flags and the state seal for the "pelican in her piety" to have three drops of blood on her chest. However, in later years the tradition (on both the state flag and seal) had been haphazardly followed, which was noticed by an eighth-grader at Vandebilt Catholic High School in Houma who brought this to the attention of his state legislator. The issue was resolved in April 2006, when the Louisiana State Legislature passed a bill (House Bill 833/Act 92) which requires three drops of blood to be depicted on the pelican used in both the state's flag and seal. The new state flag, featuring a new design, was unveiled during swearing-in ceremonies of new state officials. In November 2010, the flag was revised again, featuring a more detailed pelican than the previous one, as well as removing the word "and" from the ribbon. 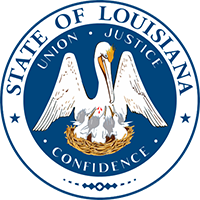 The Great Seal of Louisiana

Prior to the Civil War, the "pelican in her piety" surrounded by the motto "Justice, Union and Confidence" was commonly used as the state's seal, after the Civil War, Union supplanted Justice as the ideal to uphold and the motto was changed to "Union, Justice and Confidence". The Great Seal of the State of Louisiana was adopted as the official state seal of Louisiana in 1902. The seal consists of a heraldic charge called a "pelican in her piety," representing a brown pelican (the official state bird) wounding her breast to feed her young from her own blood. This symbol, emblematic of Christian charity, is also found on the Louisiana state flag. The Louisiana state motto of "Union, justice, confidence" surrounds the birds on the state seal. An outer ring further identifies it with the words "State of Louisiana".

State Song - Give Me Louisiana